Selfridges Birmingham Is Set For A Makeover

Selfridges Birmingham Is Set For A Makeover

The iconic Selfridges building at Bullring is set for major renovation work which will begin in the Autumn of this year and is expected to be completed ahead of the Commonwealth Games in 2022. The store will remain open throughout and trade as normal

During the work, the building will be wrapped in a striking patterned hoarding created by Birmingham born fashion designer and artist Osman Yousefzada. This will be the designer’s first piece of public art, which he has entitled The Dogtooth Flower.

The renovation work is being carried out by Hammerson, who owns and manages Bullring & Grand Central and will see the 15,000 silver disks removed and stored, while the building’s facade is replaced alongside installing a new layer of insulation.

Once this has taken place, the building will be re-painted in the original eye-catching Yves Klein Blue before the disks are re-attached. The building, whose radical design was inspired by a 1960s Paco Rabanne chainmail dress, has become one of Birmingham’s most distinctive contemporary landmarks and a tourist attraction in its own right. It will retain its architectural might once the work is complete and the wrap and scaffolding are removed. 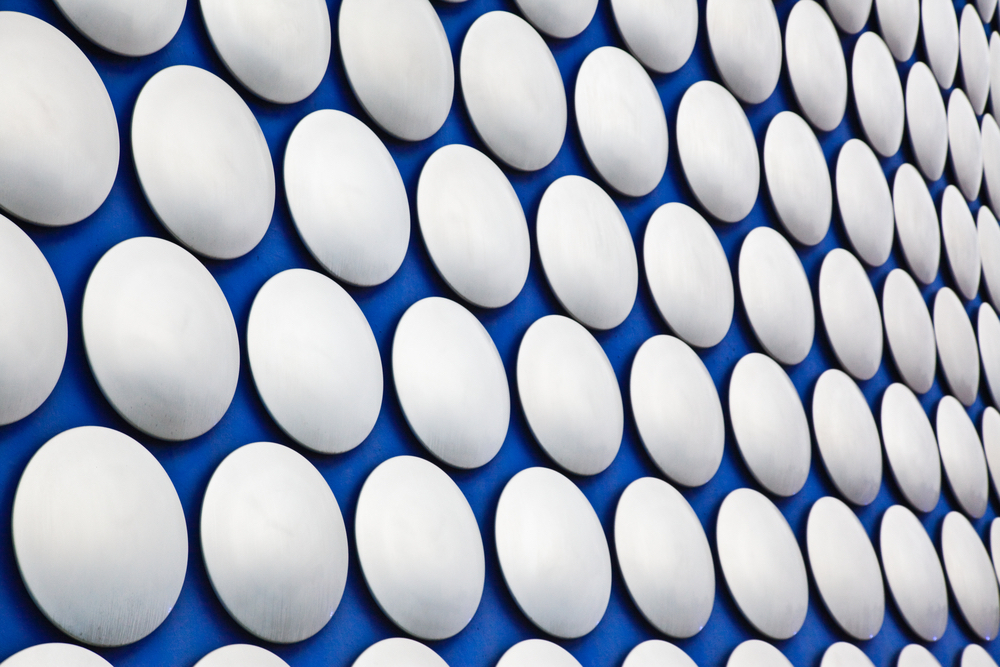 The building’s design was created by architects Future Systems and was ground-breaking. Since its original construction, there have been major advances both in construction and building standards as well as insulation. The renovation works and insulation upgrade will deliver a 50% improvement in U-Values (the rate of transfer of heat through a building), making the building more energy efficient to run whilst improving its carbon footprint. This is consistent with Hammerson’s Net Positive strategy.

Yousefzada’s new wrap commission for the building was carried out in collaboration with internationally acclaimed Birmingham contemporary art gallery, Ikon. The distinctive dog-tooth design is in part inspired by a hand-drawn print from Osman’s archive and is reminiscent of the perennial architectural qualities of the designer’s fashion collections.

Since launching his eponymous label in 2008, Birmingham born and raised Osman Yousefzada has forged a niche in luxury womenswear that garnered him numerous awards. Selfridges was the first department store to sell the designer’s collections.