Snapshots From The Godfather of Black British Photography

Who is Vicky Holland: The Gloucester triathlon star representing Team GB at the Olympics

Another 585 coronavirus cases as hospital patient numbers rise in Leicestershire

Coventry City U23 game postponed due to Covid outbreak

Revealed: how Herefordshire homebuyers are being priced out of the market

Snapshots From The Godfather of Black British Photography

Renowned as the ‘Godfather of Black British Photography’, Vanley Burke has snapped everyone from Nelson Mandela to Mohammed Ali, but he talks to Alison Brinkworth about how his real motivation is everyday Birmingham people

Vanley Burke leads a humble life in his Birmingham tower block flat despite his photographs of British African Caribbean communities being some of the most iconic in the country. Known for attention-grabbing black and white images from the 1960’s onwards, they are natural, unposed images that span everything from fashion to basement reggae parties, religion and civil unrest. 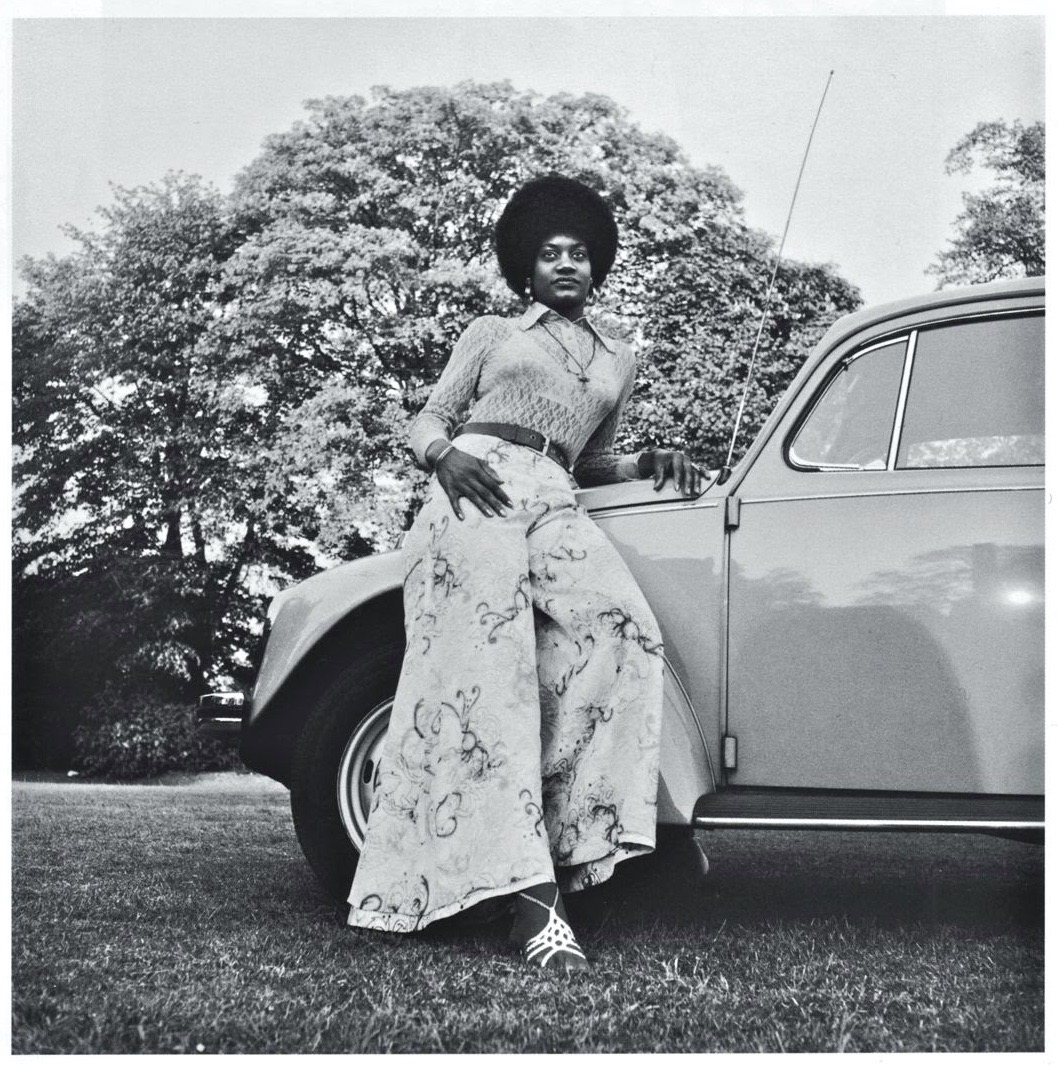 His photographs were among the first to shine a light on growing minority communities in the UK 50 years ago, when they were under-represented in the mainstream media, and he continues to capture striking, personal moments decades later.

Sharing photos from across his career with Style Birmingham, Vanley’s shots stretch from Birmingham to his journeys in the townships of South Africa and, more recently, in The Gambia, where he met refugees and made a life-size recreation of a slave ship shape on the beach with local children. 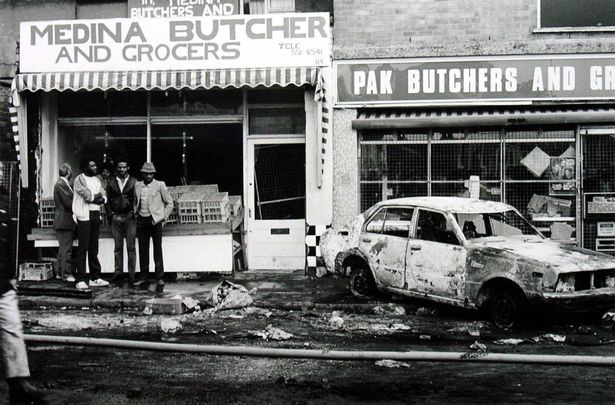 “Photographing people is a lifelong project for me. I want to photograph life in its entirety,” says Vanley. “I love the everyday person.

“Photos made an enormous difference in the 1960’s and 1970’s. People thank me for taking those photos saying it’s the only way to show their kids about the past.

“I felt I was in a unique place and could document the life of African Caribbean people. It was always political because a lot of it was in response to the negative press that this community was getting at the time.

“My work ‘By The Rivers of Birmingham’ featured a collage of newspaper headlines on how the press reported on African Caribbean people’s presence in England. It wasn’t what I was experiencing, or my family or friends and I wanted to show that.

“Things are still pretty much the same. Things haven’t really changed but it isn’t going to happen overnight.

“Things like racism – it’s constant. We never really wake up from this stronghold we find ourselves in.” 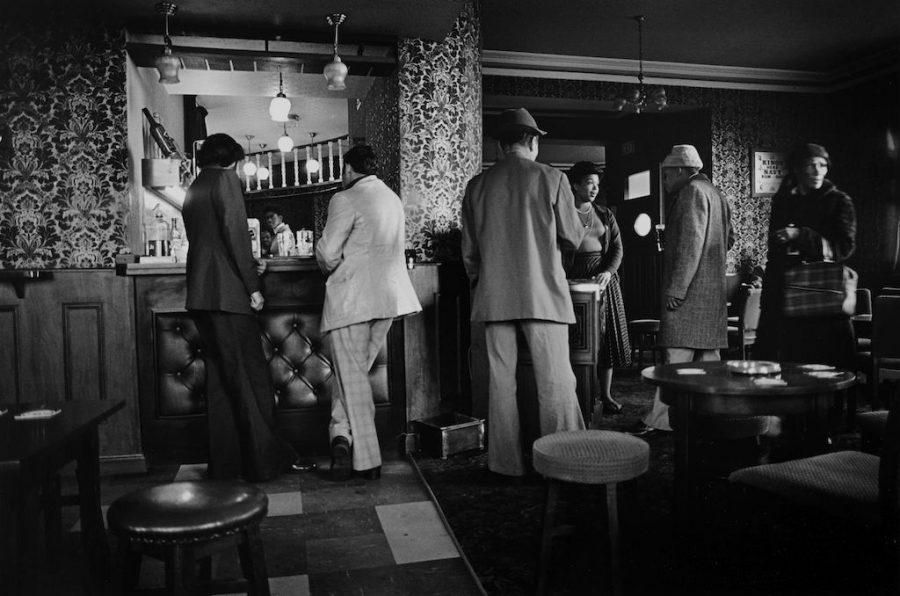 Vanley is sceptical about politicians, especially following the Windrush scandal. He adds: “The moment you bring race into anything, you get a great big uproar. There’s a mental block. Whenever race is mentioned, there’s not a willingness to discuss it. There’s always talk of ‘look what we have done for African communities’ while not allowing voices of people to be aggrieved.

“I wasn’t shocked by the Windrush issue. Months before people were saying racism is dead but these things can always happen.

“Jamaican history is so linked with British history. Your soul was your ability to produce for Western markets – coffee, rum, sugar. Jamaica was producing a third of all British wealth and then to see what happened after all that.

“It’s like our bones have been sucked dry and thrown back on the pile. That’s the Windrush issue for me. A 100 years since those times is not enough, people are still living off the spoils, especially in America.” 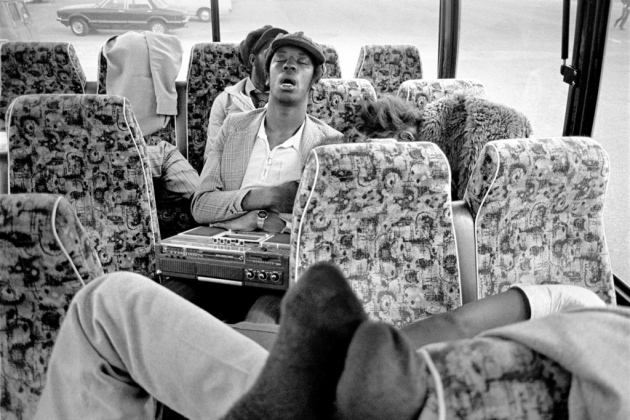 People are the main focus of Vanley’s life work

Originally from rural Jamaica, Vanley grew up in St Thomas in the foothills of the Blue Mountains before moving to Birmingham with his family at the age of 15.

A Brummie through and through, Vanley’s home is an exhibition in itself – a snug haven of photos, books, artwork and LPs with jazz music soothingly playing from an old record player cabinet while we sip coffee.

There’s relics dotted everywhere including masks from The Gambia and slave trade items from west Africa and the Caribbean that he has collected.

At 68-years-old, Vanley still takes photos every single day, but that’s motivated by his passion to leave a social documentary for future generations. Snatches of history that make their mark, whether it’s a funeral or the Black Lives Matter protests.

Vanley’s collection includes images from the six weeks he spent in South Africa in 1990 that coincided with the release of Nelson Mandela as a political prisoner from Robin Island. There are photos of the future South African leader, but also heartfelt images of daily life in the townships. 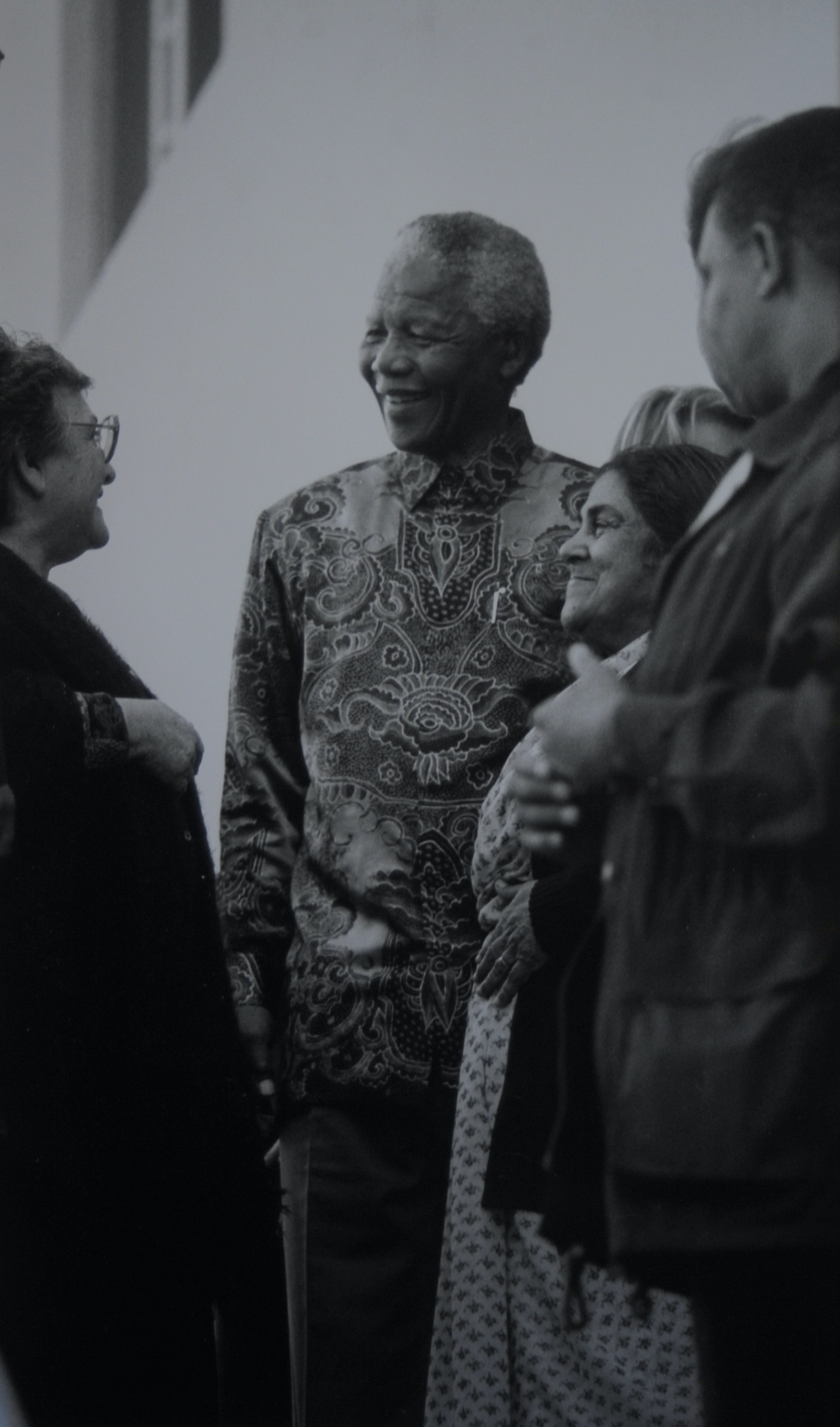 Vanley’s ability to capture these personal moments is what gained him recognition. His photo of youngster Winford Fagan with his bike waving a British flag in Handsworth Park in 1970 is probably his most famous work that shouts about childhood, identity and much more. Then there are the candid emotional reactions at weddings, parties – even funerals. 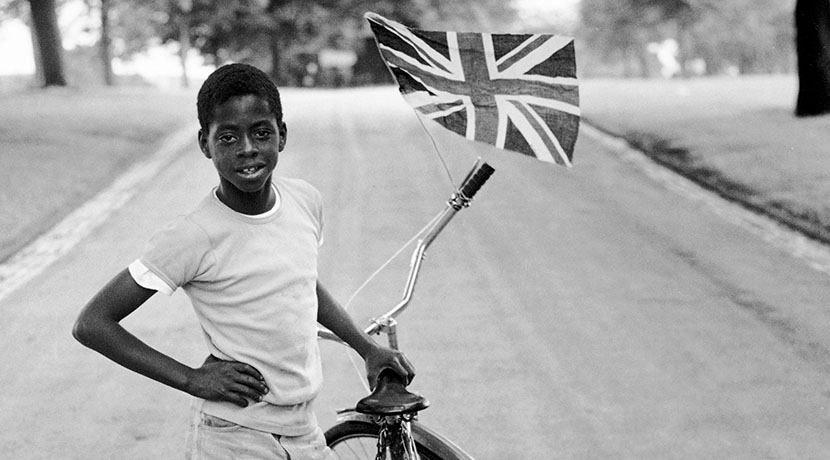 A substantial collection of his photos is already in an archive at Library of Birmingham, used regularly by students for their dissertations. Pushing the boundaries again, Vanley had a recent portrait exhibition, Home, at Birmingham Hippodrome this year that used augmented reality and featured Birmingham’s female Black elders reflecting on what home meant to them. 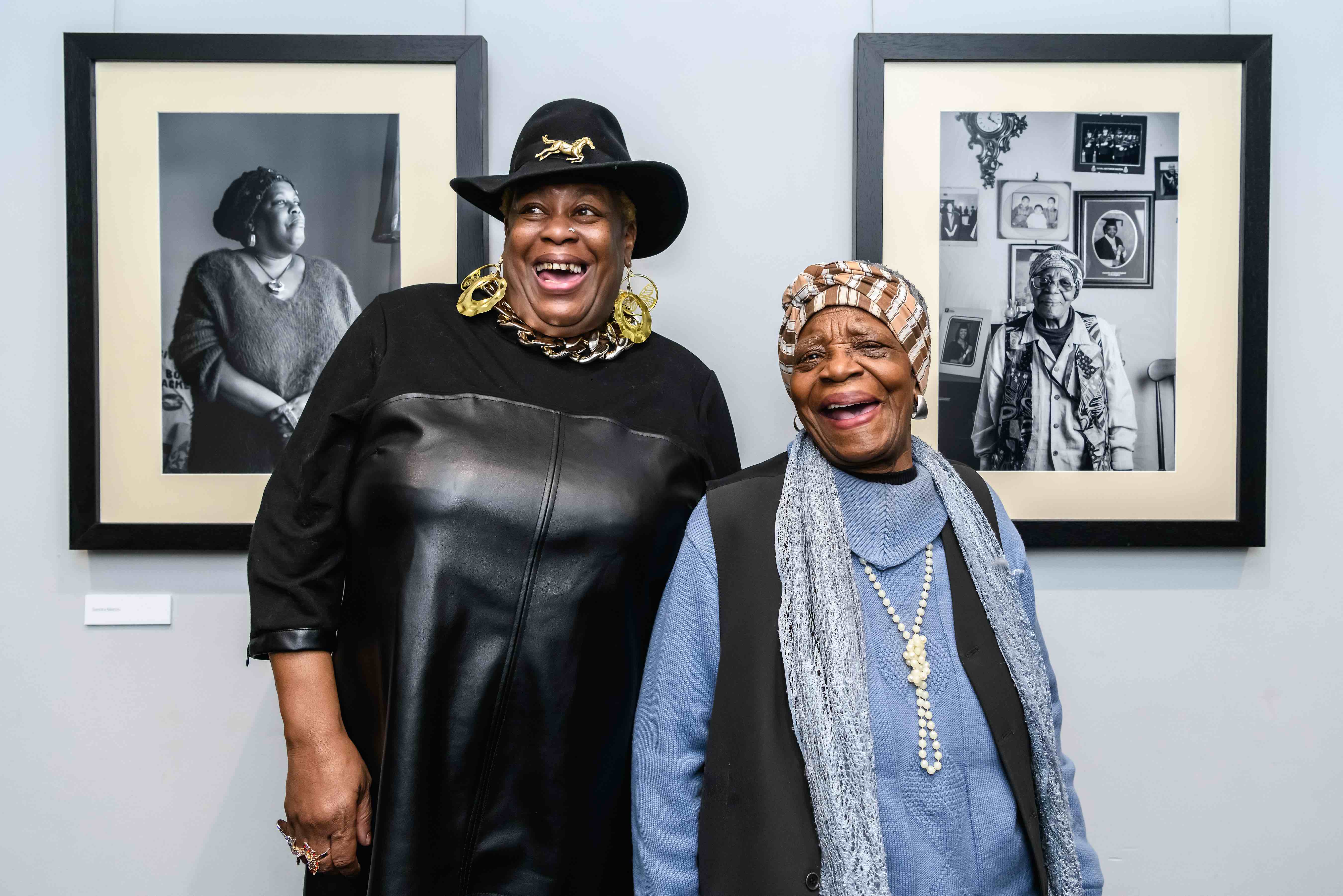 “I’ve lived here (Birmingham) all my life and love taking walks along the canal,” adds Vanley, who is a visiting professor of University College Birmingham and received an honorary degree from University of Wolverhampton.

“The city centre is having a heart transplant at the moment but there’s great things taking place. I love Birmingham,” reflects Vanley, who has come through the other side of prostate cancer with a renewed energy and passion for his work.

“The Godfather of Black British was a reference that stuck but now I’m the grandfather of it,” chuckles Vanley. 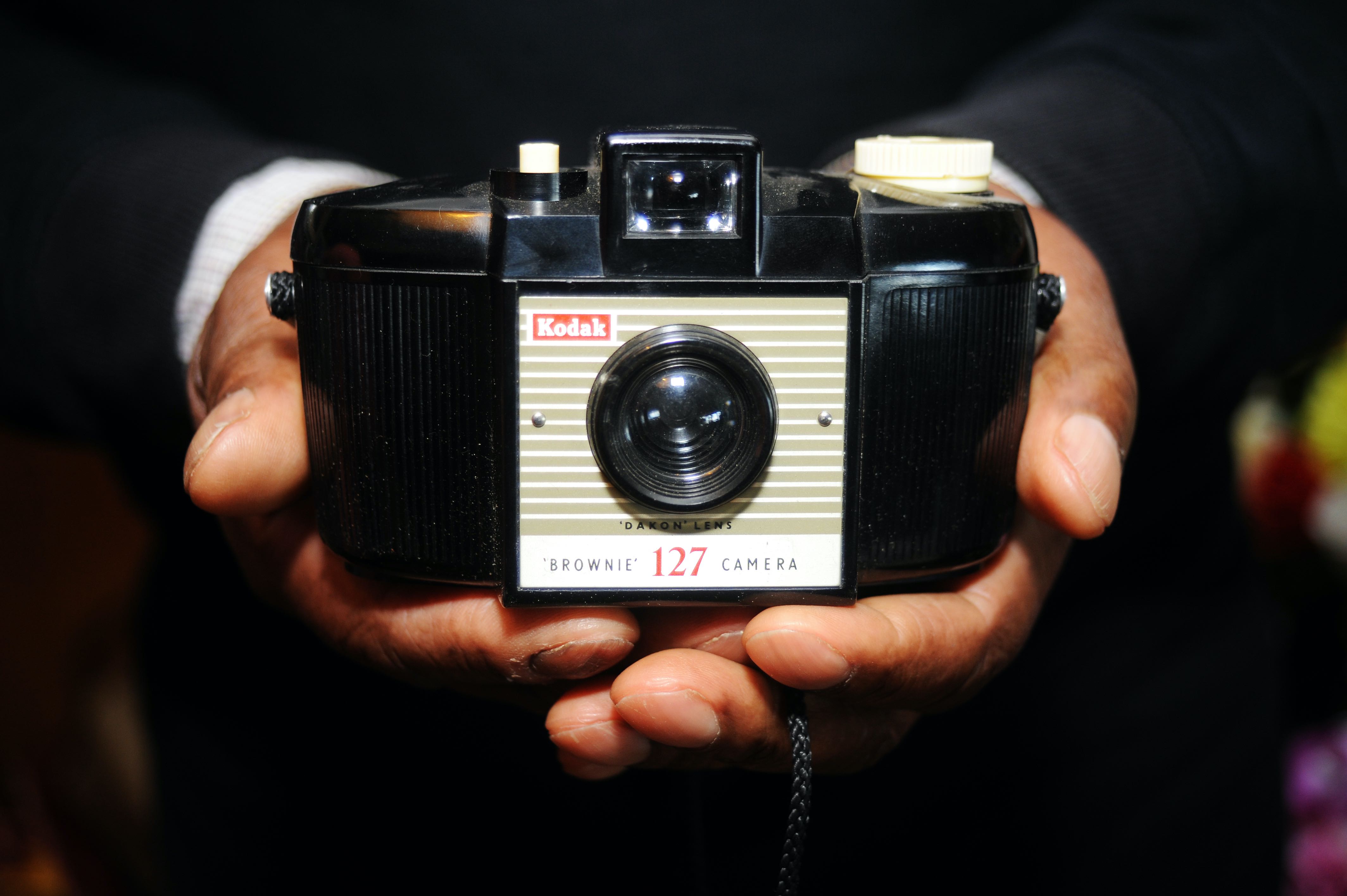 Find out more about Vanley Burke at his website www.vanley.co.uk